The second LYS I visited was the

on E. Windmill Ln. From the look of it, this shop has been around for quite some time. I think I recall being told that until Mirage Fiber Arts opened its doors it was the only one in Vegas for a while.

I had the immediate feeling that the people relaxing and knitting were all good friends, and was greeted as if I was a part of that circle too.

I can’t tell you how at home I felt here! I said I was looking for some sock yarn, and everyone there sounded off with great suggestions of what was in stock! It may have been for that reason that I wasn’t even entirely sure who was the owner of Sin City Knits, it was like everyone was at home, I was a guest, and there happened to be a ton of yarn around. The atmosphere is too charming here.

I decided to pick up one of Sin City knits’ own dyed sock yarns in that lovely blue-green colorway, and a sale skein of Viking Raggen for some Christmas knitting (time-willing). Oh, and some point protectors. They just keep disappearing back home. 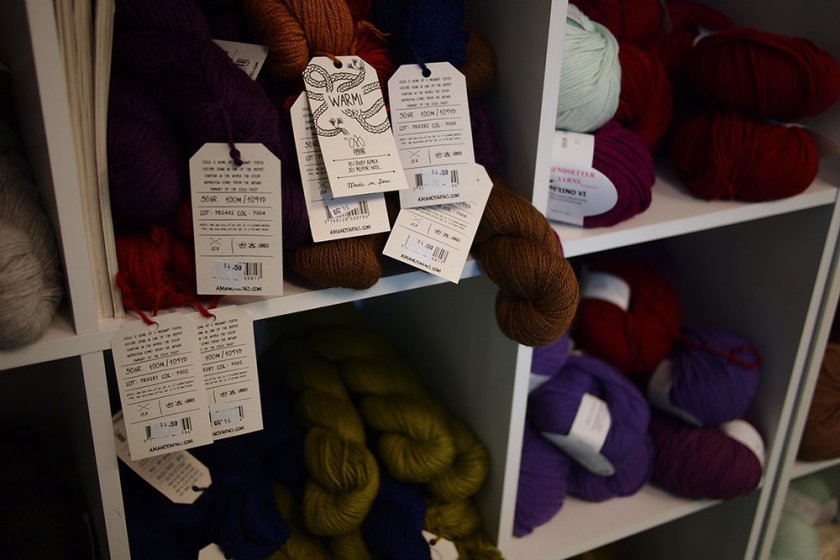 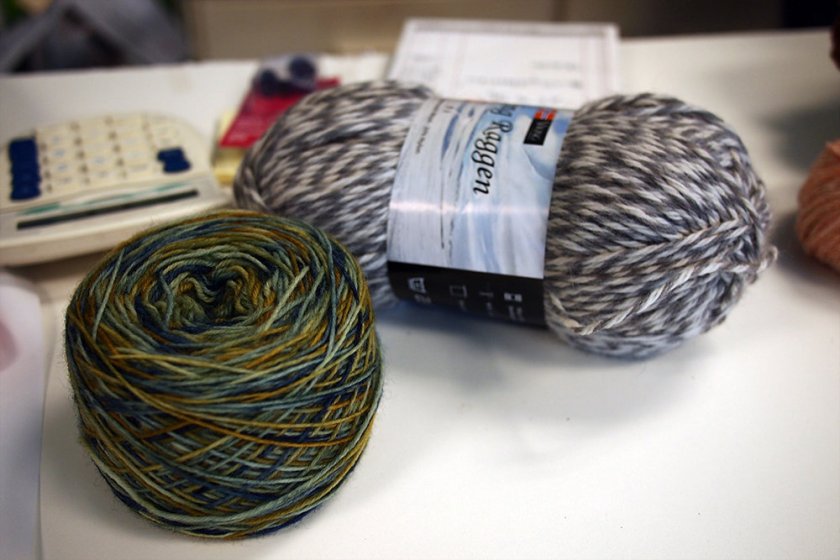 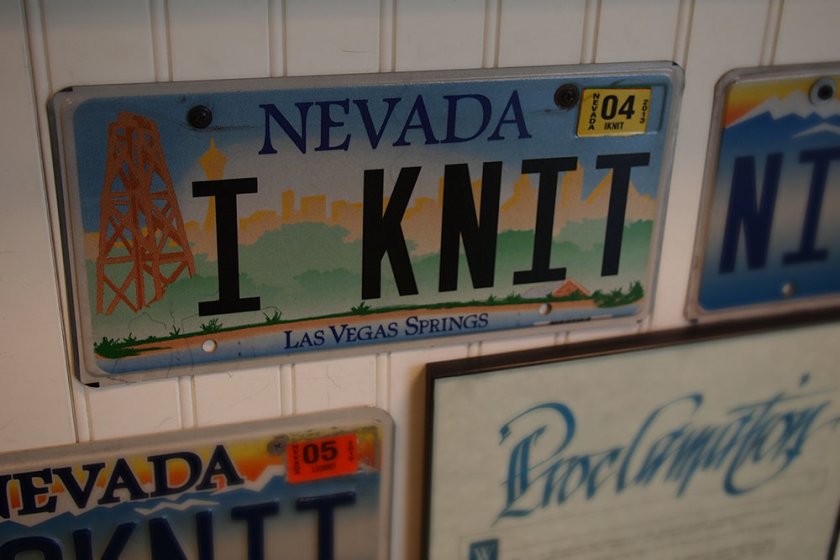 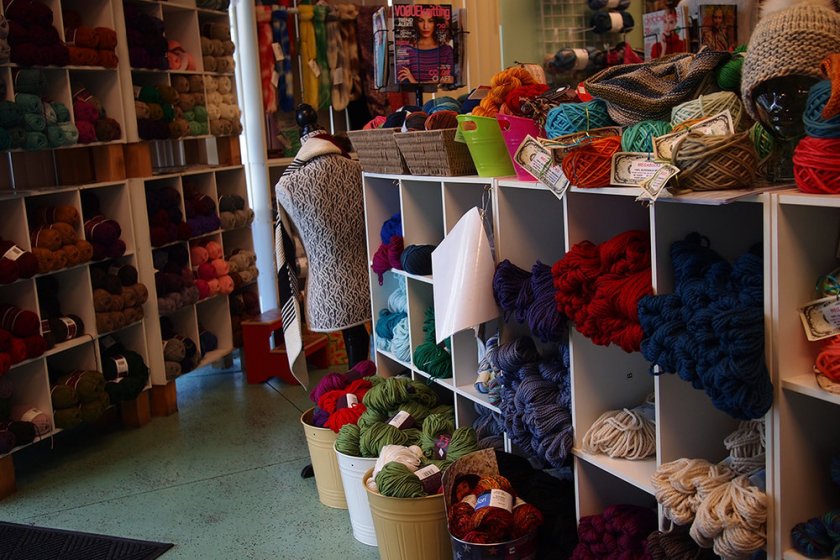 Thanks for such an enjoyable visit, Sin City Knit Shop! If anyone’s in the area and are looking for workshops, classes, events and the like, or simply a place to knit, chat and find squishy skeins to adopt, the Sin City Knit Shop is a great bet.